An upgrade is on the horizon for the French army’s Tiger helicopter. The OCCAR European joint armaments’ procurement agency announced last night that it had signed a contract on 15 December with Thales, TDA Armement and Airbus Helicopters to develop the Mark II version of the Tiger HAD, the multi-role attack version of the combat helicopter. 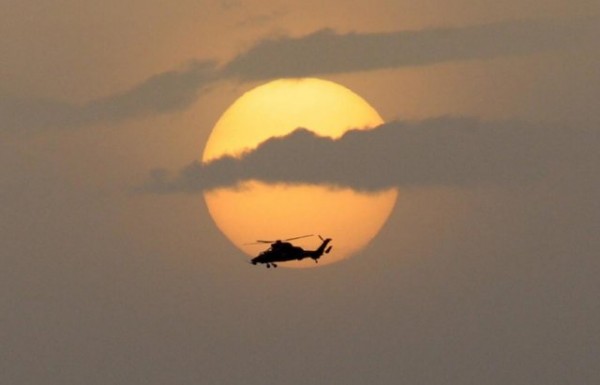 A Tiger HAD in the skies of Djibouti (Photo credit: EMA)

The contract, signed by OCCAR on behalf of France, will cover the development, production and support activities necessary to upgrade a fleet of 24 French HADs to the Mark II configuration. The first delivery is foreseen for mid 2020. Production will last until the end of 2023, at which date France and its Australian, German and Spanish partners hope to launch the Mark III version.
The Mark II standard will provide new capabilities to the French TIGER HAD helicopters such as Laser Guided Rockets (RPM) developed by TDA. Development on this 68mm rocket with a semi-active laser direction finder and an induction firing system started in 2010 and it was ordered by the French DGA procurement agency in June 2016. The system is safer for the crew as the propellent is separate from the military charge and it diminishes the logistical imprint on the platform as there are no connectors. The total budget earmarked for its integration is close to €112m, of which €64m are for the development and production of 1,000 RPMs and €48m for their integration onto the helicopter.

The Tiger HAD is designed to provide better operability in a hot environment, such as that encountered by the Tigers deployed in the Sahelo-Saharan band. In addition to the equipment found on the HAP support and escort version of the Tiger, the HAD has the US-made air-to-ground AGM-114 Hellfire 2 and better motorisation thanks to the MTR390-E designed by a consortium consisting of MTU, Turbomeca (Safran Helicopter Engines), and Rolls-Royce.

The HAD will replace most of the 40 Tiger HAPs already in service to enable the French Army to have a homogenous fleet of 67 HADs by 2025.