No, cooperation in the war against terrorism does not just involve sending troops. Donations of military materiel are also essential as they allow local armies to maintain, if not augment, their operational capacities, and to improve synergies with foreign troops equipped with identical materiel. The latest examples? New donations of vehicles by France and Germany to, respectively, Cameroon and Jordan. 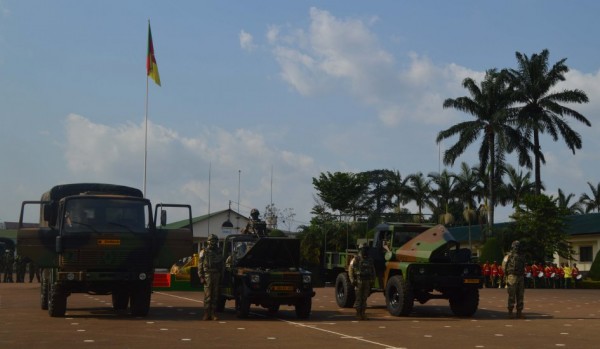 A Renault TRM 2000 truck, a Peugeot P4 and an ACMAT VLRA given to Cameroon on 29 November 2016 (Photo credit: French Embassy in Cameroon)

On 29 November France’s ambassador to Cameroon, Gilles Thibault, officially handed over 10 Peugeot P4s, three Liaison, Reconnaissance and Support Vehicles (VLRA) manufactured by ACMAT and a couple of Renault TRM 2000 tactical trucks, one of which is medicalised, to local special forces as a gesture of support for the war they are fighting against Boko Haram. The vehicles, together with the weapons and transmission equipment they were delivered with, are worth a total €665,000.

This is the second donation of this type made in 2016 in the framework of the defence pact signed with Yaoundé in May 2009, of which article 4 stipulates that France will supply aid to “organise, equip and train the forces.” In addition to these donations, two units of Cameroon’s special forces in 2016 completed training with the French forces in Gabon, the French Embassy in Cameroon says. 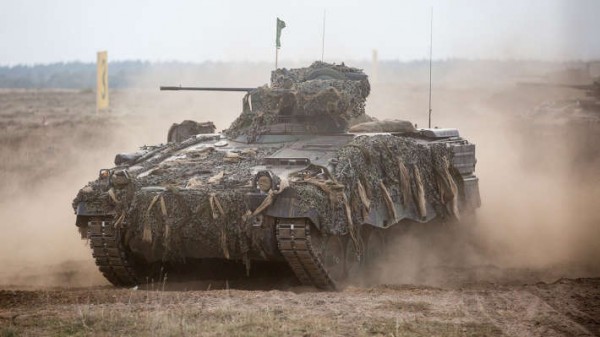 The Marder, in service for 35 years in Germany, will be replaced by the Puma (Photo credit: Bundeswehr)

Four thousand kilometres away in Jordan, Germany delivered on 11 December the first 16 Marder infantry fighting vehicles out of the 50 promised in the framework of the Reinforcement Initiative programme.

The remaining 34 vehicles, together with 70 trucks and 56 minibuses for military use, will be delivered before the end of this year to support Amman in its war against Daesh. With almost €88m-worth of donations scheduled for 2017-18, Jordan is the principal beneficiary of this programme through which Berlin also supplies aid to Iraq, Mali, Tunisia, Nigeria and, starting in 2017, Niger. “If we cannot ensure the security of these countries […], they will soon be overwhelmed by the terrorists,” Germany’s Defence Minister Ursula von der Leyen said  during a visit to Amman on 11 December.